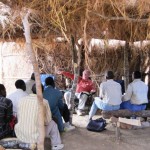 After years of Bible college and seminary, forty years of working in local churches, and now ten years involved directly in foreign missions, I now believe I can define Biblically “success”.  Instead of discussing mission philosophies in this post, I would rather lay down the foundation for what should be the goal and outcome of any successful mission program.

One of the shortcomings in our churches today concerning missions is a lack of understanding that there are two distinct missionary callings.  To favor one over the other is to guarantee ultimate failure.  If one researches church history starting in the book of Acts, we can safely say that at some point in the past the Gospel was presented in Asia, Africa, and Europe.  Today, each of those three continents constitutes a mission field.  We cannot confidently say that there is  a group of indigenous local churches with sufficient people and funds to evangelize their own country without foreign assistance.  The very fact that the nation who delivered to us the Received Text and the King James Bible is now a mission field forces us to call into question how we failed.  I submit that a lack of understanding of a Pauline calling and its difference from the calling of a Timothy has brought about the demise of Christianity in most of the world, and is indeed destroying fundamentalism in the United States.

We can define the ministry of Paul as being the missionary who goes where none have gone before.  Paul went to places such as Asia Minor and Europe, and was the first one to preach the Gospel of Jesus Christ.  We see Paul standing alone in the amphitheater of Mars Hill introducing the Gospel and the power of the Resurrection to ancient Athens.  Several times in the book of Acts we are told that after Paul’s teaching many rejected the message he delivered, while others clung to him and believed.  There are many places in the world today where it has been several generations since there was a clear-cut presentation of the Gospel.  The work that was done there in the great missionary movements of the late 1800s and early 1900s has seemingly run its course and is lost in the dust of time.  Today we need a Paul who will once more travel into the very heart of pagan darkness and deliver a clear presentation of the Gospel of Jesus Christ.  In our local churches we refer to this as “church planting”.  At least eight times out of ten one of the first questions I am asked as a missionary by a pastor or mission’s committee is “are you a church planter?”  A variation on this theme will be something along the line “how will you be evangelizing the people?”  If you cannot answer an affirmative to being a church planter or give a detailed account of how you go about soul winning, then missionary support is something that is out of the question.

As a missionary, I am dedicated to seeing that every village in Zambia has an independent, fundamental, Bible believing Baptist church.  I am dedicated to the idea that it is our job to attempt to reach every living soul in the country to which we are called.  Of course, that should be the goal of every Believer in every church, in every town, in every country in the world.  As we progress with this series of studies, I will also attempt to demonstrate that the title “church planter” should apply to every one of us that is called to fulltime Christian service.

The second missionary calling is that of a Timothy.  Timothy followed behind Paul, and his purpose was to disciple new Believers and set in order the churches planted by the ministry of Paul.  It was the job of Timothy and Titus to do the long-term work of taking people who knew absolutely nothing of the Scriptures and providing them with a clear concise understanding of the Word of God.  They also had to show them a clear application of the teachings of the Scriptures in their daily lives.  It was their responsibility to be the instruments by which God transformed their saving faith and first love into a long term Biblical worldview that is needed to make faith a way of life.

After forty years of involvement in independent Baptist fundamentalism, I have come to the conclusion that oftentimes our failure was not in how we imitated Paul but how we ignored Timothy.  Paul, under the inspiration of the Holy Spirit and using apostolic authority, wrote not one but three books of instruction concerning the ministry of a Timothy or a Titus.  While we apply these books to our “pastoral” office, we fail to realize that in the mission field those churches deserve exactly the same caliber of trained, educated pastors as we have today.  All of us have had the advantage of all the great Bible teachers of the last 150 years.  The works of men such as Spurgeon, G. Campbell Morgan, Strauss,  Ironside, McGee, Pentecost and a host of others have left behind in English all that a new pastor would need to have a fruitful ministry if he but studies.  In the mission field, none of these resources are available simply because they are not in the several thousand vernacular languages to which the modern day church planter ministers.  It therefore behooves us in establishing our missions programs to support not only the church planter, but the church discipler.  We must come to the understanding that Paul and Timothy worked together to not only evangelize and win the indigenous people, but to also teach in the authority of the Holy Spirit the Scriptures so that that faithful men called of God could reach their own people in the absence of any foreign missionary.

In future posts, we will consider the difference between a reactionary Pauline ministry and the ability of a Timothy to be proactive in reaching people and meeting their spiritual needs.  We will also discuss the necessity of having a self-sustaining, self-supporting, and self-replicating local church in every village and town in the world.

This site uses Akismet to reduce spam. Learn how your comment data is processed.